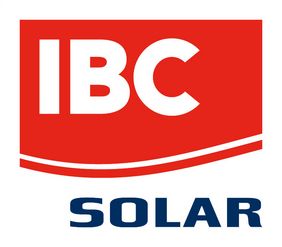 Bad Staffelstein / Germany, November 25, 2019 – IBC SOLAR AG, a global leader in photovoltaic (PV) systems and energy storage, is affected by fraudulent solar modules, which were imported into the EU between March 2015 and August 2016 with counterfeit certificates of origin. The company will assert claims against the importers who have falsely declared their goods.

In the context of an ongoing investigation against Chinese module manufacturer Risen, the premises of IBC SOLAR  have been searched in October by the public prosecutor's office in Hof. IBC SOLAR will fully cooperate with the public prosecutor's office. In the course of the investigation, the company has voluntarily and without coercion, provided security of six million euros.

"We are one of the victims of this large-scale fraud. We have only ever purchased solar modules from importers in the European Union at reasonable market prices. To our knowledge these modules have already been properly cleared before. In doing so, we have done everything in our power to ensure the correct declaration of the origin of the goods. Our compliance with tax regulations has been confirmed to us several times by customs. As a leading system house for photovoltaics and energy storage, it is in our best interest that the fraud be fully investigated,” explains Udo Möhrstedt, CEO of IBC SOLAR AG.

For its part, IBC SOLAR AG will assert claims against the importers and suppliers who, according to the findings of the public prosecutor's office in Hof, "deliberately concealed" the actual origin of the solar modules sold. The company will provide comprehensive support to the investigating authorities.