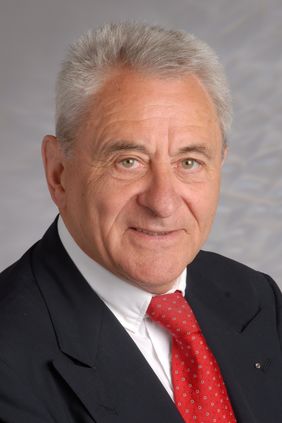 Bad Staffelstein / Beijing, April 11, 2011 – A festive ceremony marked the official opening of the new IBC SOLAR subsidiary office in Beijing. The photovoltaic specialist welcomed high-level Chinese and international business leaders such as vice-minister of construction Yao Bing and other representatives from the CHINA BIPV COMMITTEE. IBC SOLAR has been appointed as advisor to the committee since March 2010. With the new subsidiary, IBC SOLAR will bring its complete product and service portfolio to the Chinese market.

"The recent tragic events in Japan have fuelled the demand for a safe and sustainable energy supply", said Udo Möhrstedt, founder and CEO of IBC SOLAR AG, in Beijing. "We have contributed significantly to the development of renewable energies in Germany and have gained substantial experience over the past years. We are pleased to advise the CHINA BIPV COMMITTEE  on the creation of a sustainable energy and compensation concept. By expanding photovoltaics in China, the huge energy demand of the growing Chinese economy can be covered in the future - with safe and environmentally friendly  energy."

An important part of the cooperation agreement with CHINA BPV COMMITTEE, is IBC SOLAR’s support in the field of training and certification of PV installers in China. Vice-minister of construction Yao said that building-integrated photovoltaic projects were an innovative idea for China. Since about 40 percent of the electricity is consumed in buildings, it is desirable that these buildings generate more power than they consume.

Udo Möhrstedt, who personally is consulting the CHINA BIPV COMMITTEE in photovoltaics, outlined the strategy of IBC SOLAR in China: "We attach great importance to the Chinese market. Our cooperation with the CHINA BIPV COMMITTEE is a perfect introduction to the market for us; we expect additional projects to be the result of this entry. Solar energy is one of the most important technologies of the future - and IBC SOLAR stands for innovation, expertise and reliability in this area.

Sebastian Trimpl, managing director at IBC SOLAR China, added: "The Chinese government has committed to the development of renewable energy sources. A stimulation scheme such as the German renewable energy act, which has resulted in an export success, would accelerate this expansion. Our goal is to advise on the development of a similar funding model." IBC SOLAR offers photovoltaic systems of all sizes from large solar power plants to roof-mounted systems, from building-integrated solutions to off-grid solutions. As a service provider, the photovoltaic specialist provides its partners with comprehensive engineering services for the construction of photovoltaic systems and offers support with the planning and handover of turn-key systems, as well as the construction, operation and monitoring of PV-systems.