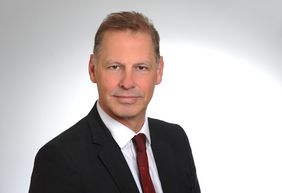 In his position as CSO, Thomas Mart is responsible for sales, marketing, product management and after-sales for project and commercial business. Mart, who holds a degree in electrical engineering, has gathered many years of sales and project experience in a variety of industrial environments and international markets. Most recently, he was responsible for SIEMENS AG's photovoltaics divisions in the US and in Germany.

"In Thomas Mart, we have gained a photovoltaics specialist who is as experienced as he is committed," said Gertrud Moll-Möhrstedt, chairwoman of the IBC SOLAR AG supervisory board. "Our ongoing internationalisation will be a key area of focus for us in the coming years. Together with the existing managers, Udo Möhrstedt and Jörg Eggersdorfer, Thomas Mart will drive forward IBC SOLAR’s successful further development in the German and international project and commercial business."