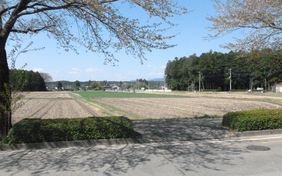 Bad Staffelstein / Germany, 15 April, 2014 – IBC SOLAR AG, a global leader in photovoltaic systems, is entering the Japanese market with a series of large-scale photovoltaic (PV) plants which will be constructed within the next couple of months. Construction of the first 1.6 megawatt solar park northwest of Tokyo will begin in June 2014. With its projects in Japan, IBC SOLAR is driving its international growth strategy forward, which the company reinforced in February 2014.

Since the Japanese government introduced a feed-in tariff scheme entering into effect July 1, 2012 which is based on the German Renewable Energies Act, Japan has seen a remarkable increase in installations of photovoltaic (PV) systems. For the new PV plant near Tokyo, the German EPC contractor (Engineering, Procurement, Construction) IBC SOLAR will be providing the module IBC PolySol 255 CS with a 25-year linear power performance warranty. A remote monitoring system designed by IBC SOLAR will keep track of the energy yields of the park. Grid connection is planned for September 2014.

“As one of the oldest PV players worldwide, IBC SOLAR will bring invaluable experience and expertise to the Japanese photovoltaic market,” says Udo Möhrstedt, CEO and founder of IBC SOLAR AG. “Our experience in planning and constructing plants and our solid financial structure allow our customers to get financing with local banks. This project is once again an example of our bankability, in this case with one of Japan’s largest banks.” With extensive expertise along the entire value chain which contributes in securing the investment return, IBC SOLAR can guarantee the maximum performance ratio of the long-term PV installations, thus giving customers and investors peace of mind.

IBC SOLAR is developing its project business activities in Japan through its two main project business lines: on the one hand offering top-quality EPC services to final investors, and on the other hand developing and structuring its own roadmap of large-scale projects in partnership with Japanese companies.

This 1.6 MW project is the first of several different large-scale PV plants that IBC SOLAR will construct in Japan within the next months. The construction of a second solar park of 2.3 MW in Sakura - north of Tokyo - is expected to start in the second half of May 2014. Sakura will be the first of a range of large-scale projects which IBC SOLAR will develop in Japan.